What perspectives on Cuba? A talk with Felipe González. D. Blanch

On 12 September 2019, Felipe Gonzalez, one of Spain’s former presidents (1982-1996), gave a wide-ranging talk at Saint Louis University Madrid. González was invited by Professor Laura Tedesco as part of the “Dialogue on Cuba” research project.

As Felipe González spoke, one could sense the significance of crises in transitions to democracy. Latin American countries often struggle due to a history of military coups. The key step is for the military to be subject to civilian rule, but also significant is the need to de-penalize opposition activities. For democracy to move forward, it is essential to have Cubans express their opinions without fear of ending up in jail.

Felipe González’s colorful descriptions of Fidel Castro added humor to the otherwise serious issues of past human rights violations in that country. Raúl Castro’s multiple trips to Vietnam indicate how learning about the transition to a market economy has been important for Cuba. Yet, in contrast with Vietnam that has traditionally maintained a hierarchical society, freedom of expression is a demand that Cubans have as they move away from the political authority imposed so heavily upon them. 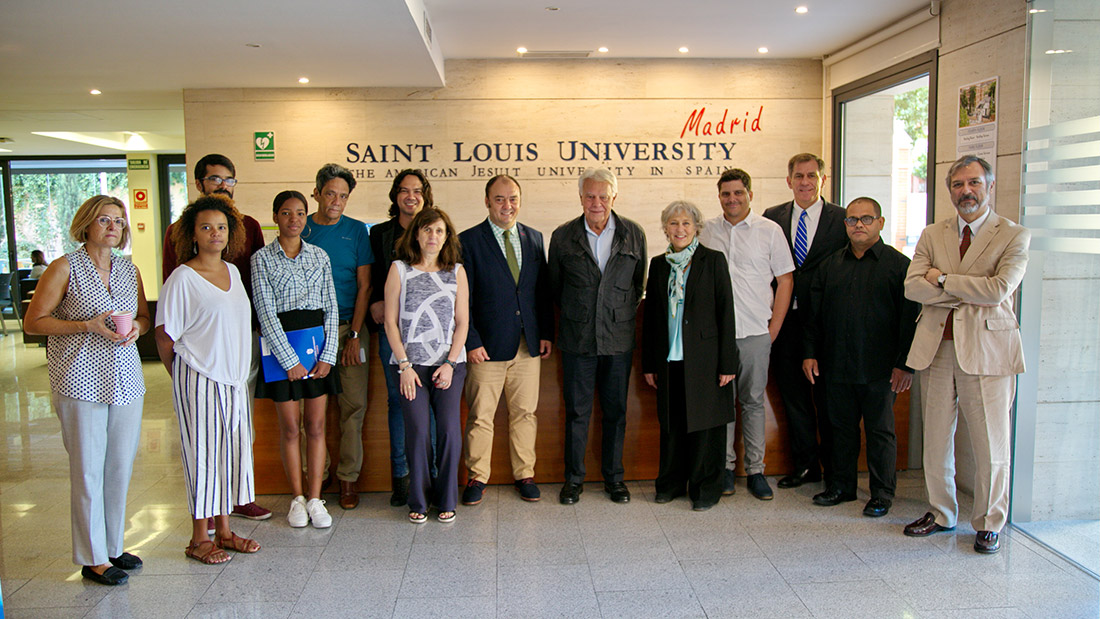 Felipe González’s analysis of Spain’s transition to democracy was built on a sense that people will naturally long for freedom and seek to break the power of authoritarianism. For that reason, wherever freedom of thought exists, there is always hope for the future. Living under a repressive regime in Spain was suffocating and just crossing the border into France gave a sense of freedom which Felipe González then reinforced in the consolidation of democracy. As the longest serving President of Spain, Felipe González sought to secure human rights in Latin America. Personal interaction with key past and present leaders, including European Union High Representative Federica Mogherini and Spain’s Acting Foreign Minister Josep Borrell, still offer chances to foster mutual understanding.

Turning to Spain’s current situation, Felipe González argued that this country needs a government representing the center left of the political spectrum. He gingerly suggested that in many European countries, the far left is not expected to enter a coalition but to facilitate the formation of a socially progressive government. He also indicated that in the Spanish system, it is not possible for ministers of governments to establish their own policies without the oversight of the President. So even if a coalition was formed that offered Ministries to another political party, policies would still need to be approved by the President and laws by the Parliament.

To quote this article, please use the following reference: